LOUIS is a library consortium widely recognized as a model for cost-effective collaboration in higher education. We work to ensure equitable access to resources, services, and technologies by maximizing purchasing power and sharing expertise. 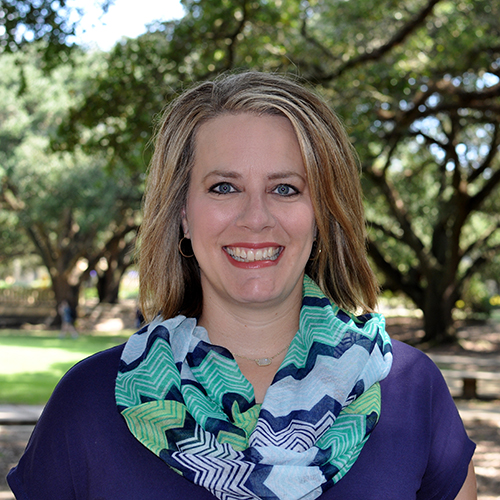 Marcy has been with LOUIS since 1996. She was a student worker in LSU ITS during her college career and worked with LOUIS on a temporary basis for a year after graduation. In 1996, she became a full-time employee with the consortium.

During her time with LOUIS, she has worn several different hats. Some duties have included creation and upkeep of the consortium's original webpage, implementing and configuring member library’s OPAC pages, organizing several successful user conferences, project lead for ILLiad, the interlibrary loan system for the consortium, and project lead for CONTENTdm; which was the digital library for the consortium several years ago. She created local documentation for and helped with the implementation of EZproxy, the remote authentication software. She was involved in helping several sites migrated to OLCL's hosted EZproxy service. She also helped write code, created documentation and executed several successful live disaster recovery tests.

She currently helps support the SirsiDynix Symphony software, which is the library management system for the consortium. She played an instrumental part in the migration of the local Symphony software and data to the SirsiDynix SaaS environment. She is currently involved in the latest endeavor of moving to cloud-based products also known as the library services platform. She is responsible for MobileCirc, BookMyne, and Enterprise. She is looking forward to expanding consortium documentation by using video capturing software to help the end user. Also, she will lead the migration and implementation of a new problem reporting software and knowledge base in the near future.

When not at the office, Marcy enjoys spending time with her husband and children. Her son will start LSU and her daughter will start high school in the Fall of 2017. She loves to travel and her favorite spot is anywhere where there are mountains!

A Statewide Program of the Louisiana Board of Regents